For more information please contact Susan C. Real, Executive Director, at 309-533-3232 or email at: This email address is being protected from spambots. You need JavaScript enabled to view it..

Agency on Aging Announces Award for Leadership to Patrick Harness 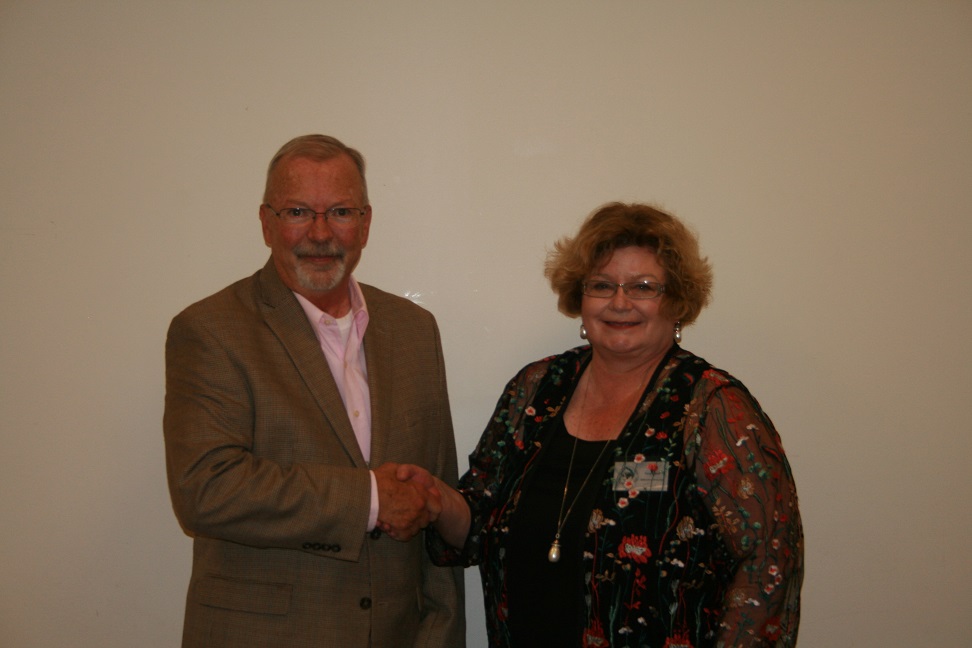 The Leadership Award is presented each year to an individual who has demonstrated outstanding leadership in advancing programs, services, and opportunities for older persons in East Central Illinois.  The Leadership Award is named in honor of Dr. Arthur H. Larsen who served as the first Chairperson of the ECIAAA Corporate Board in 1974.

The 2018 Dr. Arthur H. Larsen Leadership Award recipient is Patrick Harness of Champaign Illinois.  Mr. Harness received the Award in recognition for his extraordinary leadership, vision, and service to the Illinois Aging Network as illustrated by the following achievements:

ECIAAA is a non-profit corporation founded in 1972 and designated by the Illinois Department on Aging to serve older persons and family caregivers in a 16-county area.  ECIAAA is funded with grants of federal Older Americans Act funds and Illinois General Revenue Funds through the Illinois Department on Aging.  Together with 21 community programs on Aging, ECIAAA provides a wide range of services for over 21,000 older adults and 900 caregivers annually.

For more information please contact Susan C. Real, Executive Director, at 309-533-3232 or email at:  This email address is being protected from spambots. You need JavaScript enabled to view it.. 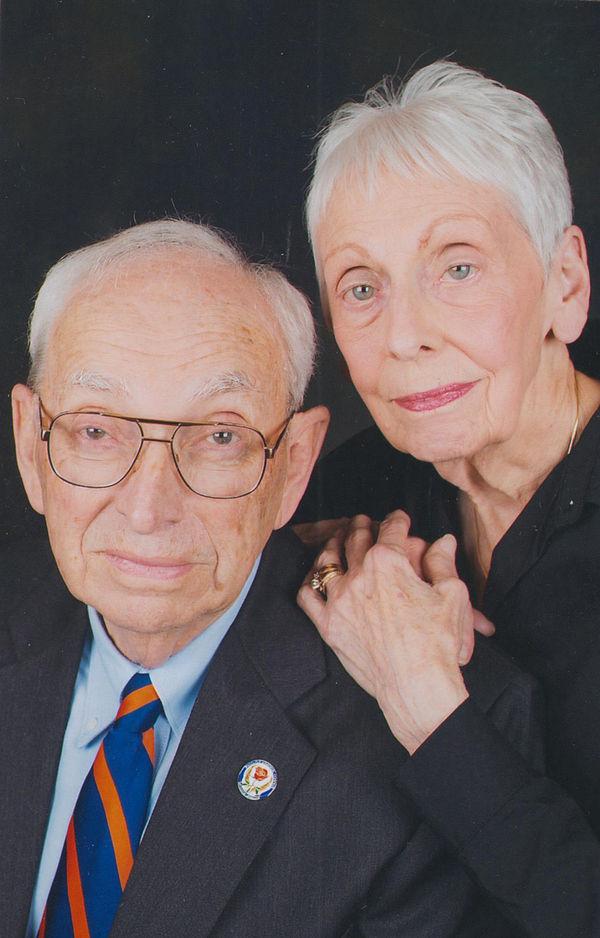 It is with a heavy heart that we inform you of John Dowling and his wife passing away Sunday, June 17, 2018.

John had been a strong supporter of ECIAAA and served on the Corporate Board representing Iroquois County since 2011. John will be missed. The Dowling family are in our thoughts and prayers.

Funeral services will be at 10 a.m. Friday, June 22, at First United Methodist Church in Watseka. Rev. Tom McCann will officiate. Burial will follow at Oak Hill Cemetery in Watseka.

Visitation will be 4-8 p.m. Thursday, June 21, at Knapp Funeral Home in Watseka, as well as one hour prior to the funeral service at the church on Friday. In lieu of flowers, memorials may be made to Iroquois Memorial Hospice or Unit 9 Academic Foundation. Please share a memory of John and Reta at knappfuneralhomes.com.

2017 Home for the Holidays Campaign

Announcing the 2017 Home for the Holidays Campaign

Every year, n4a and the Eldercare Locator launch a campaign that focuses attention on sensitive topics and conversations families should have during their time together during the holiday season. The focus of this year’s campaign will be on dementia and the local resources available in communities around the country to assist individuals with dementia and their caregivers.

As part of this year’s campaign, n4a will provide your agency with copies of the brand new consumer brochure, a sample press release and PowerPoint you can use during your own targeted local and media outreach to showcase the great work of the Aging Network.

BUT before we launch this year’s campaign, we need some help from you.

If your agency has a program specifically for people with dementia or their caregivers, please let us know. We’d love to highlight YOUR work throughout this year’s Home for the Holidays campaign. 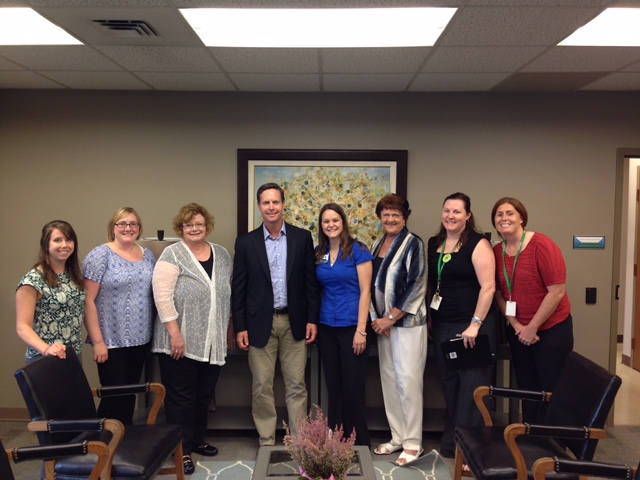 ECIAAA Staff with Congressman Rodney Davis at our office in 2016

Lawmakers try to move past shooting at congressional baseball game

The game, which pits Republicans against Democrats, became a symbolic opportunity for an unpopular, often dysfunctional Congress to showcase bipartisan resilience to the nation.

Rodney Davis stood in the shadow of the Nationals Park scoreboard and wiped away a tear.

Now, with Scalise in critical condition in a hospital bed a few miles away, his teammates were preparing to play their annual charity baseball game in his honor.

“This is what our country needs after such a tragic act,” said Davis, his arm still scabbed and scraped from diving away from the gunman’s bullets on Wednesday.

Lawmakers at the congressional baseball game Thursday night hoped the yearly event would help them move past the searing pain of Wednesday’s attack, which also left lobbyist Matt Mika in critical condition. The game, which pits Republicans against Democrats, also became a symbolic opportunity for an unpopular, often dysfunctional Congress to showcase bipartisan resilience to the nation.

“There are a lot of people in this country who believe Republicans and Democrats don’t talk to each other,” Davis said. “They think we fight about everything. This game should show them all that we come together in America’s pastime and we have fun. We compete, but at the end we shake hands.”

Republicans and Democrats were wracked with emotion even before the game started. In a gesture to Scalise, both teams knelt at second base in prayer for their colleague, who was shot while playing that position at yesterday’s practice.

In the third inning, the crowd received a sliver of good news. While still in critical condition, MedStar Washington Hospital Center announced that Scalise, who’d undergone three surgeries, had “improved over the last 24 hours.”

But the most wrenching moment of the night came earlier, when David Bailey — a Capitol Police officer wounded in Wednesday’s shooting — used crutches to step to the pitcher’s mound to throw the ceremonial first pitch. There, joined by former New York Yankees manager Joe Torre, Bailey drew a sustained ovation. A member of Scalise’s security detail, he and fellow officer Crystal Griner helped take down the shooter in an act that lawmakers said may have prevented a massacre.

He left the field to the Foo Fighters’ “My Hero.”

The pregame ceremony also featured a message to the players from President Donald Trump, who hailed lawmakers for showing up after the violence a day before.

“You are showing the world that we will not be intimidated by threats, acts of violence or assaults on our democracy,” he said. “The game will go on.”

His daughter and top adviser Ivanka Trump mingled with players in the dugout, snapping selfies with members like Rep. Dennis Ross (R-Fla.), who plays left field for the Republicans. The president’s budget director, former South Carolina congressman Mick Mulvaney, coached first base for the Republican team.

The annual affair, which began in 1909, has become a tradition of sorts for Hill dwellers — a time for lawmakers to put aside the partisan rancor for friendly competition and across-the-aisle bonding. But a politically motivated shooting by a man who had railed against Trump and other Republicans online cast the bipartisan ritual in a new light.

Democrats and Republicans, who have battled bitterly over GOP Obamacare repeal efforts and the president’s Russia scandal, embraced each other – sometimes literally. When California Democrat Pete Aguilar stepped to the plate in the second inning, he hugged Davis, the Republican catcher.

Shortly after Wednesday’s shooting, lawmakers discussed whether to hold the game at all. Many on the Hill wanted to cancel and worried members weren’t ready to face it. But GOP coach Joe Barton (R-Texas) called Ryan and told him the team wanted to play — a chance to honor Scalise but also to reject the violence they had just endured.

“This is a cathartic event for all of us; it needs to be done,” said Ross, who said his teammates had a hard time sleeping Wednesday night. “I think there was a little reservation from all of us for doing it because we’re just not right here. But we know we have to go on with it, and I think we owe it to the country to show we’re unified.”

To be sure, the game had lighthearted moments. Massive posters of Sen. Jeff Flake’s head seemed to hover above a group of fans of the Arizona Republican — or, probably, loyal staff. Democrats stood to do the waive in the first half of the game, and they went crazy when Rep. Linda Sanchez — one of just two female players — stepped up to the plate for the first time.

Lawmakers were everywhere. Rep. Darrell Issa (R-Calif.) tweeted a picture of his view of the field. Rep. Justin Amash (R-Mich.) posted a selfie in the crowd. Florida Democrat Charlie Crist was spotted walking around in a suit, a young staffer trailing him carrying his suit jacket.

Even Barton’s 11-year-old son Jack — who a day earlier dove under an SUV to dodge the gunman’s bullets — joined his father, each donning a Texas Rangers Jersey. Later in the firefight, Jack had moved to the first-base dugout, where several lawmakers on the team shielded him.

Both were in good spirits Thursday. Barton, who’s played on the team for decades, boasted that the event had sold 25,000 tickets — soaring over the 6,000 average and the 8,000 record for the charitable event.

At the end of the game, after Democrats romped Republicans 11 to 2, the Democrats called Barton up to the pitcher's mound and presented him with their trophy. They asked Barton to give it to Scalise, the true winner of the game, they said.

"We won't be this nice next year."

Rachael Bade
This email address is being protected from spambots. You need JavaScript enabled to view it.

Kyle Cheney
This email address is being protected from spambots. You need JavaScript enabled to view it.